On the 10th June 2021 members of our Rethinking Military Spouses: Critical Research Group met to discuss what critical research means to us, and our work on and with military spouses. By reflecting on the insightful article 'What is Critical Military Studies' by Victoria Basham, Aaron Belkin and Jess Gifkins, we considered the challenges that we had encountered and navigated whilst conducting critical research. Through our discussions we found that each of us thinks about criticality in different ways which has different implications for our research approaches and anticipated outcomes. In this short blog you can read some of our members’ reflections on their academic and personal experiences – starting to highlight the continuum of criticality upon which we are positioned.

Dr Lauren Godier-McBard: Criticality is something that I have considered a lot recently and this has been the subject of several discussions with colleagues in our research institute. I don’t pretend to be an expert in critical military research, my work is very much focused on understanding and promoting the health and well-being of the military and veteran community, particularly in regard to women. However, I have found that this requires a level of criticality when examining the military institution, and the impact it has on the well-being of these communities. Despite this, I have found it difficult to position myself in regard to criticality in the work that I do. I think for me, the main barrier to this has been balancing the needs of those funding or commissioning research, and the need to exercise a level of criticality in conducting research in a way that might be uncomfortable for the funders, or organisations being studied. This is made more complex still by two significant academic pressures: 1) Funding, and 2) Impact. Firstly, the pressure that we feel as academics to consistently obtain funding, which is incredibly competitive, is significant. The majority of the funding that I have been awarded or that has funded the projects I have worked on, comes from military and veteran organisations, and these organisations often have very specific ideas about what they want from that research. I often find myself tailoring grant applications to meet the strategic aims of the funder, rather than purely for the benefit of the population under study or society more generally. Secondly, we are required as research staff in academic institutions to evidence the real-world, tangible impact of our research, as part of the Research Excellence Framework (REF), something that all research staff must contribute to. Furthermore, there is often a need to weave plans for achieving this impact into funding applications, to assure funders that the work they fund will be of some benefit to their organisation, as well as the beneficiary population being studied. These pressures lead to a difficult balancing act, retaining the level of criticality we need in order to interrogate how the structures and processes of the military impact on the lives of service personnel, veterans and their families, with the needs of our funders. After all, these funding organisations are often those that can make tangible changes that impact the beneficiary populations, and provide the evidence of this impact that we need as academics need to contribute to the REF.

Hannah West: Through my research with servicewomen and military partners, I have tentatively explored and gradually become more confident in my critical feminist intervention but it is something I have had to grapple with at a personal level, given my background. I married a submariner but I have never really identified as a military partner, in part because our wedding was my husband’s last day in uniform, although it wasn’t mine. I still think of myself as ex-military before being a military partner. So, I was nervous to meet the military partners participating in our research project because I recalled the, sometimes, uneasy relationship between servicewomen and military wives especially pre-deployment when I would be due to spend months at sea working with their husbands. Being both an insider as a fellow military partner but an outsider as ex-military and a critical scholar, I speak a lexicon that enables access not afforded to all but also brings a set of assumptions about myself, based on my former service, to be navigated. This positionality and previous research on servicewomen as combatants, has encouraged me to question assumptions of homogeneity about military partners and the extent of their militarisation. Speaking to the military partners involved in our project and hearing them share the very different ways in which they experience war and the military has helped me to see the military in new ways and critically challenge some of the assumptions I came to the project with. In reaching out to military partners I also began to feel increasingly strongly about hearing the voices of male military partners who are similarly insiders and outsiders to the military partner community. Critical research with military partners, helps to give a platform to their voices, raising important questions about how we know war, undermining the gendered knowledge production. Re-engaging with the military community has been personal and, at times, an uncomfortable encounter, however, I remain committed to both direct but critical engagement with the military as a means of challenging military power.

Dr Alice Cree: To me, Critical Military Studies (CMS) is about exploring the weird, messy, contradictory, illogical, insidious ways in which military power functions and is practiced. Research in CMS should be concerned with making military power strange and not making sense of it; as Victoria Basham and Sarah Bulmer (2017) tell us, “military power often makes little sense” (p.62, emphasis in original). In my work I’m interested in thinking through this ‘senselessness’ by looking at particular kinds of (gendered) figures that both perform military power and resist it – and this includes military spouses. In that respect, I would very much say I am a ‘critical’ researcher. But, I also feel that participatory and creative approaches with military communities have a lot of value for critical research. I have never really identified with the idea that critical military scholarship can only happen at a distance; to take that view that would be to presuppose that those people who make up military institutions are not critical subjects with the capacity for agency. As part of the ‘Conflict, Intimacy and Military Wives’ project, we have been using participatory theatre with military partners to explore some of the entanglements of military participation and conflict with home life and personal relationships. I think that this methodological approach in part offers a way of getting closer to exploring the messiness of military subjectivities, by identifying participants as critical subjects from the outset. But doing participatory research with this community does raise subsequent challenges in terms of ‘criticality’. How, for example, do you generate meaningful impact from participatory CMS research that will make a difference to participants’ lives without in some way aligning yourself with the military institution? At an even more basic level, how do you explain your research to prospective participants in a way that is at once open, honest, ethical, and not off-putting? That place where CMS research and participatory, feminist, and creative methodologies meet is precisely where I position my work – but, that point of intersection is also a point of friction.

Dr Emma Long: My becoming a critical researcher has been an academic and personal journey. When I embarked upon my PhD – exploring the experiences of non-serving partners when their serving partner returns from combat-related deployment – I had expected to identify gaps in support provided by the military which would lead to me offering a host of recommendations for improvement. My interest was driven by my experiences of my serving parent’s regular deployments and the adjustments we made as a family to settle into our new, yet temporary, normal. I’m grateful that our reintegrations were fairly unproblematic, and I wanted to hear from others in order to develop a fuller picture of what the reintegration experiences were for UK military families. When it came to analysing my interview data, I found that simply outlining the themes that arose, and developing recommendations based upon these, was not doing the research justice. I discovered Critical Military Studies in the final year of my PhD and found that this way of thinking about military power and partners’ entanglement with it really resonated with my data. It gave my research a language I didn’t know it needed! At a similar time, my long-term partner joined the Royal Navy and I found that through these encounters, I also started to personally identify with many of the accounts written by critical scholars. This encouraged me to look at my data afresh and I wrote my thesis, leaning much more into critical discussion than I would have ever imagined at the outset. I am now in the final stages of my Postdoctoral Fellowship where I am working to consolidate my PhD findings. I have developed a deeply uneasy relationship with making policy recommendations because I have started to understand the welfare programme as a form of power through which partners’ labour is subjected to normative discourse. However, I am also acutely aware that there are ethical problems with interviewing a population and then not doing something to try and make things a little better for them. This is a difficult tension to unpick in terms of the implications of my research, duty to participants, personal relationship with the military institution, and my own familial identities.

Conclusions: These brief reflections from four of our research group members show some of the various ways in which criticality is experienced and understood by us whilst conducting research on and with military spouses and partners. Through further engagement with each other and our other group members, we will continue to reflect on the implications that criticality has upon our work – not least those implications relating to research design, methodological approaches, funding opportunities, and pursuing meaningful impact. If you are interested in hearing more please do not hesitate to contact us at [email protected]

We also recommend the following articles: 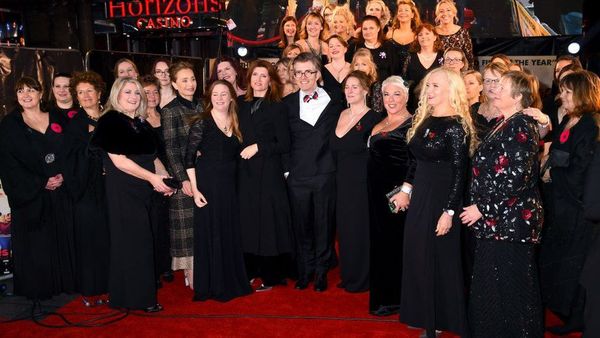 While the summer never truly joined us this year, the DRN newsletter is one thing that will never let you down... 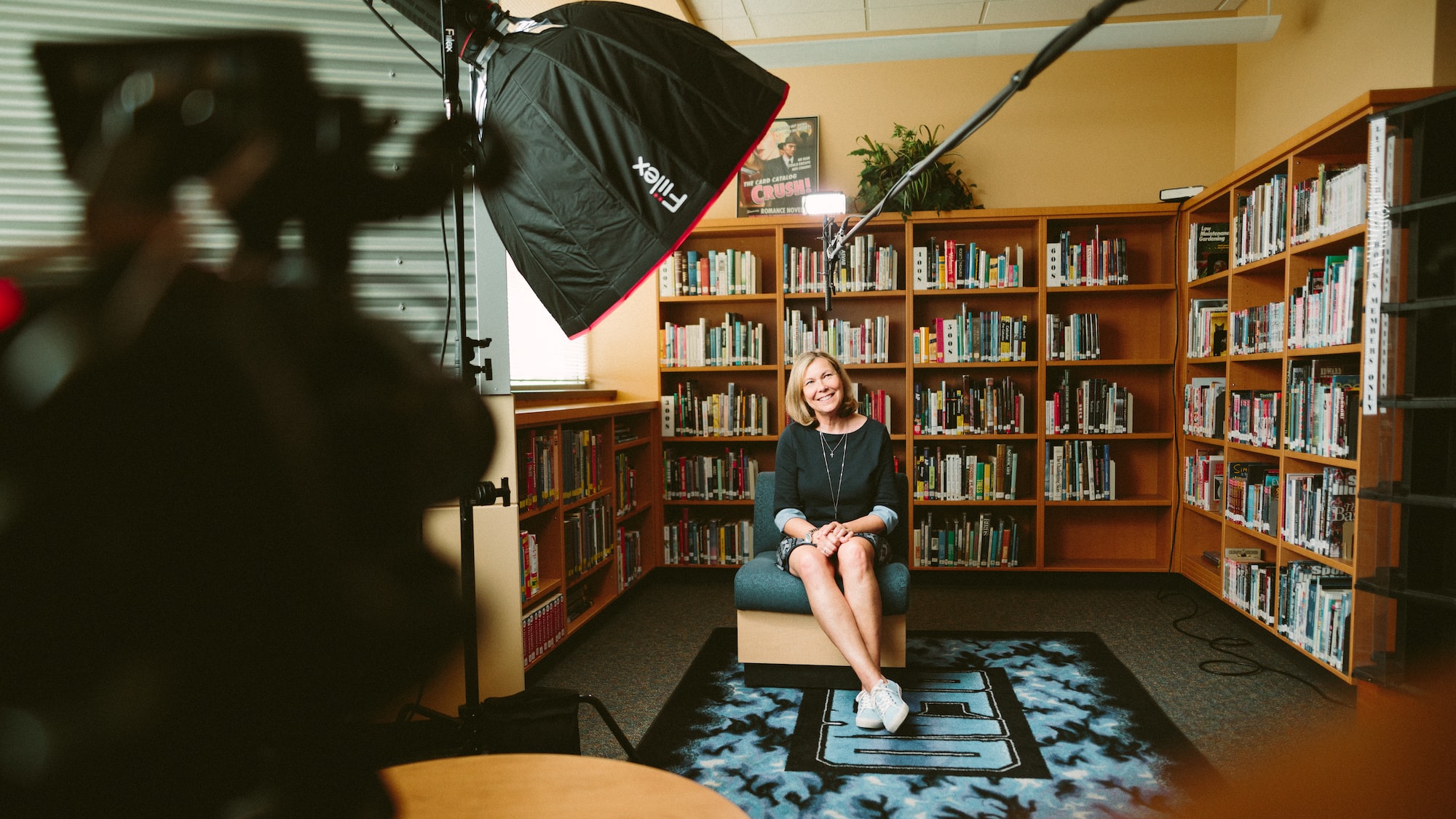 For this months theme of Air & Space power, we've spoken to historian, Dr Harry Raffal. Harry is currently working with the RAF Museum.