DRN: How did you get involved with the studies of Maritime Security?
Dr Duarte: My interest in maritime security studies took place  between 2010 and 2013, when Brazil attempted to revitalize the South  Atlantic Peace and Cooperation Zone (ZOPACAS) forum and launched new  acquisition and development programs for the Brazilian Navy, such as the  Submarine Development Program (PROSUB) and the Blue Amazon Management  System (SisGAAz).
Since then, I conducted three research projects on the subject, one of  them being inter-institutional cooperation on defense (Pro-Defesa) with  funding from the Ministry of Defense and in collaboration with the  Brazilian Naval War College. In parallel, I worked as a professor and  researcher in institutions in Europe and Africa focusing on that theme.  In 2013, I was invited to hold the Rui Barbosa Chair at Leiden  University to lecture on Brazilian security issues and its interests and  policies for the South Atlantic. In 2015, I was a visiting researcher  at the Institute for Peace and Security Policy Studies at the University  of Hamburg to conduct research on European Union and European  countries' maritime security agendas for the South Atlantic. In 2016, I  was a visiting researcher at the Corbett Centre for Maritime Policy  Studies at King's College London. Finally, between 2016 and 2020, I  worked as a collaborating professor at the Joaquim Chissano University  in Mozambique, contributing to research and publications on maritime  security, with a focus on actions for the protection of the Exclusive  Economic Zone and the Indian Ocean.

DRN: What was your motivation to focus on the Global South region and Falklands?
Dr Duarte: As part of my assignments in the Pro-Defense research  network, I was commissioned to organize a book on maritime security in  the South Atlantic with contributors from the Global South. The  development of this network was so great that it produced two books,  published by Palgrave Macmillan, with chapters on maritime security  topics that cut across the South Atlantic, as well as more narrowly  focused issues of national interest to Argentina, Brazil, Nigeria, and  South Africa. In these two books, the Falklands issue came up several  times because of its resurgence during Cristina Kirchner's  administration. This interest of mine has strengthened with the gradual  access to the British and Argentine archives of the war since 2012.  Finally, my interest in the Falklands War was because it was the last  major war at sea and because it was a clear case of limited war, which  has been one of my main research agendas today.

DRN: Considering the contemporary international scenario,  which regions do you think deserve closer attention for potential  conflicts involving maritime operations?
Dr Duarte: I think the various conflicts around the Straits of  Malacca will reignite with the international polarization since the  trade war between China and the United States during the Trump  administration and now even more so with the Ukrainian-Russian war. The  countries of the Southeast Asian region, in the coming years, will be  pressured to take positions and alignments more clearly against or in  favor of the United States and West, which will further strain the  complex network of interdependencies and unresolved historical issues of  the countries around the straits as well as those countries that  crucially depend on them such as China, Japan, Australia, and South  Korea for access to their markets. Moreover, piracy and other maritime  crimes have escalated again in the region, which may denote a reduction  of instances of cooperation and become additional variables of tension  that may justify disputes and rivalries.

For further information on Dr Duarte research on maritime operations, check out his publications below: 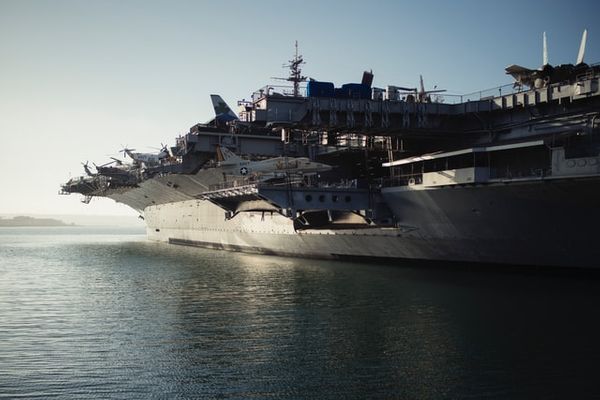 This April, in addition to our usual research spotlights and news, we're excited to share reflections on 'all things maritime'. This is the first time we have had a maritime theme and we hope you enjoy what we've learnt from you all.