Here at the DRN we are constantly working to bring you new ideas, tips and tricks to make the research process easier and more manageable, especially in a time of change and unknowns. We'll bring you short interviews with senior academic covering broad topics such as, What are you currently working on? How are you finding working from home? What are your tips for getting published? Our third interview is with. . .

Dr Fox is the author of Learning to Fight: Military Innovation and Change in the British Army and a lecturer at the Defence Studies Department of Kings College London. Here, she gives us all some great advice about trusting yourself, WFH tips, as well as some interesting reading recommendations.

What are you currently working on?
I’ve actually found it quite difficult settling on the next major research project after finishing up my doctoral research, so I’m working on a few different things at the moment! My next major publicationis a scholarly edition of Major-General Guy Dawnay’s correspondence. Dawnay is a really interesting character. He’s a reservist on the outbreak of the First World War and promotes from captain to temporary major general in under four years. He fancied himself as a bit of a poet, he’s a financier, and after the war he becomes chairman of Armstrong Whitworth and is mentioned by name in the 1935 Royal Commission on the Private Manufacture of and Trading in Arms. More importantly than all that though, he’s a devoted husband and father, and my edition seeks to explore some of the pressures and challenges of maintaining the link with home and family during total war. I’m hoping the edition will be just as useful to gender historians as it will be to military historians. Alongside the Dawnay volume, I’m also researching a social network of elite women and seeking to use their writings and material culture to write a new military and political history of Britain in the era of the First World War. To date, their letters and diaries have been used to shed light on their husbands’ lives and careers. I’m keen to foreground their voices to explore their experiences of the everyday, their leisure activities, their friendships, and their views on domestic, political, and military matters. I’ve found this project quite daunting because there’s so much great scholarship out there on gender and women’s history, but I’m enjoying the challenge.

What got you into your field of study in the first place?
To be honest, it’s quite a convoluted story (!), but I suppose there were three influences that got me into this field: first, at secondary school, we had a module on war poetry and my great aunt gave me the medals, postcards, and letters from a family member who had served in the First World War. He had been killed in 1917, leaving behind his wife and twin daughters, and I just wanted to find out more. I got that opportunity as an undergraduate at the University of Birmingham, which leads me to my second influence: fantastic tutors. At Birmingham, I was taught by some really enthusiastic tutors – Professor John Bourne, Professor Mike Snape, and Dr Rob Thompson – who sparked my interest in the history of warfare more broadly. They saw something in this painfully shy, self-conscious nineteen-year-old and without them I wouldn’t have taken up postgraduate study. The final influence was my work in the public sector. I didn’t go straight through from BA to MA to PhD. When I graduated from Birmingham, I worked for five years in local government, completing my MA part-time, whilst working on projects relating to NEET young people, apprenticeships, and child poverty. In this environment, I saw how colleagues were coming up with great ideas, but there seemed to be a problem transferring those ideas and initiatives to the people who could roll those out more widely. There seemed to be a problem around knowledge transfer and learning, which got me thinking about some of the same challenges in the British Army during the First World War. And that was how my PhD project was born!

What are you currently reading and is it any good?
Whilst in lockdown, I’ve been trying to read books from different fields and on different subjects. My research project on elite women has got me thinking about gendered spaces in the home in the early twentieth-century, so I’ve been reading Jane Hamlett’s Material Relations: Domestic Interiors and Middle-Class Families in England, 1850-1910. It’s a fascinating book that has required me to pay much more attention to women’s writings about space and place. Hamlett draws our attention to particular rooms in the house, such as the drawing room, nursery, and marital bedroom to show how such domestic spaces could be both public and private. For pleasure, I’ve just finished Bill Wasik and Monica Murphy’s Rabid: A Cultural History of the World’s Most Diabolical Virus and I’ve just started reading Priyamvada Gopal’s Insurgent Empire: Anticolonial Resistance and British Dissent. Gopal looks at the ways in which enslaved and colonial subjects were active agents in their own liberation and how their resistance and dissent influenced anti-colonial campaigners in London. I really recommend this book, particularly in light of #RhodesMustFall and the tearing down of Edward Colston’s statue in Bristol.

How are you finding working from home?
You know what? I’m finding work from home really tough! I find it hard to stay focused and I often find my mind wandering, which then makes me worry that I’ve not ‘achieved’ enough in the day. Recently, I’ve tried to set myself specific tasks to achieve such as reading an article or a chapter in a book, reading X number of pages of primary source material, jotting down potential activities for online teaching. I came across an interesting video on BBC Bitesize about toxic productivity and the need to feel like you’re doing something worthwhile, which really spoke to me. I’m now setting an intention to ensure that I include something in my day that makes me happy and that’s not work-related!

What advice would you like to give PhD students and early career researchers that you wish someone had said to you?
This is a really hard question and I’m always so wary about giving advice, but I suppose three things: first, that you are more than your research. In academia in particular, it feels like your ‘worth’ is seemingly equated with your ability to publish, to capture grants etc. I’ve been guilty of losing myself in the race to publish more, to apply for more grants, and that’s been detrimental to my sense of self and worth. Secondly, trust your instincts and back yourself. I spent much of my PhD and the years afterwards worrying about what people would think about my research, whether it was good enough, whether I was falling short in some way. I’m five years out from my PhD now and I’m still learning to trust my instincts about why I think something is important or interesting. It’s really easy to externalise and seek that validation from others. I wish I’d known how toxic and destabilising that could be. Finally, it’s ok not to be ok. I know that sounds really trite, but I found the PhD and my time as an ECR very stressful and I wish I’d reached out to more people to let them know how hard I was finding it. I think this is why networks like Defence Research Network are really important and I wish it had existed when I was doing my own PhD!

What have you learnt from having your first monograph published?
… That compiling an index is super hard! More seriously, I’m trying to learn not to take bad reviews too personally. I recently read a review of my book on Amazon that remarked on my ‘turgid style’ that ‘will make your eyes glaze over every five minutes’. I was disproportionately upset about this review because I’d tried so hard to make a really quite complicated subject a bit more interesting and engaging. It’s not possible to make everyone happy. I’m really proud of the book and I think that’s really all that matters. I’ve also learnt that your opinions and arguments can change! Re-reading my book now, there are certainly areas that I disagree with or at least feel that I would nuance now. Learning to Fight is a snapshot of where my thinking was at and a reminder that we never stop growing or changing as researchers.

The DRN has been lucky enough to talk to Dianne Allen about her recently published book, Forewarned. Diane tells all about her experiences of serving as a women in the British armed forces. 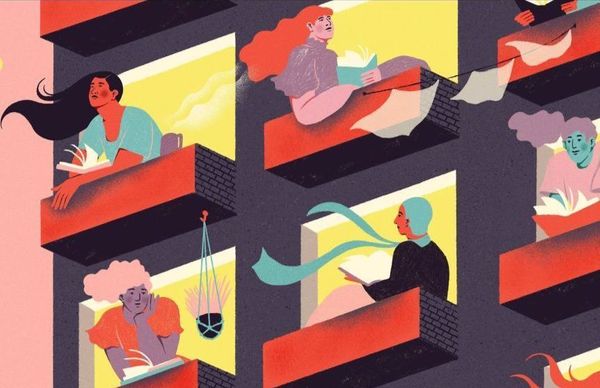 Whether lockdown has you completing your bookshelf or struggling to make it past the first the page, we've got your reading covered this June...